A year ago, Minnetonka Girls Swim and Dive was the No. 1 ranked team in the state, winning Lake Conference and Section 2AA titles. However, due to Covid, a state tournament was not held.

This season, under the direction of first-year head coach John Bradley, the Skippers picked up where they left off last season - and took one step further.

The Skippers' 200 freestyle relay of Miller, Wentzel, Sr. Rachel Shelstad and Helm captured second with a time of 1:34.36.

At the Section 2AA meet at Hidden Oaks Middle School in Prior Lake Nov. 12, the Skippers took first place in five individual events and all three relays. In all, 23 individuals and the relays qualified for the state meet. Minnetonka tallied 563 points, followed by Edina (394) and Prior Lake (286).

Miller was second in the 50 freestyle, swimming an All-American Consideration (AAC) time of 23.32. Shelstad was sixth, swimming in 24.33.

In diving, Patton placed fourth with 307.75 points to qualify for state. Sr. Natalie Smith was eleventh with 301 points.

The Skippers won the 200 freestyle relay in AAA time as Miller, Harstad, Shelstad and Helm swam 1:35.21.

Dillon claimed her second win of the night in the 100 backstroke, swimming 56.49.  Fr. Henley Hatzung swam a time of 58.28, placing third. Rhodes finished right behind her in fourth place with a time of 58.38.

Minnetonka finished with another win and AAA time in the 400 freestyle relay as Helm, Kangas, Diaz and Soetanto touched the wall in 3.27.32.

The Skippers entered the Section 2AA meet on a big blue wave, having won a third straight True Team state championship Oct. 27 at the U of M. Minnetonka won five individual events and all three relays at True Team state, beginning with a first-place finish in the 200 medley relay as Dillon, Wheeler, Harstad and Wentzel combined for a time of 1:45.07.

Besides the 200 medley relay, Minnetonka won the 200 freestyle relay as Miller, Helm, Diaz and Shelstad finished in 1:35.31, and captured first in the 400 freestyle relay with Dillon, Diaz, Soetanto and Miller in 3:29.86.

In the Section 2AA True Team meet, Minnetonka won the championship at its home Minnetonka Aquatics Center, finishing with 505.5 points. Edina was second with 388 and Eden Prairie was third (273.5). The Skippers won seven of 12 events en route to the title. It  was the sixth straight True Team section title for the Skippers, who have won state True Team titles in 2012, ’15, ’18, ’19 and this season.

Another highlight for the Skippers was winning the Maroon and Gold Invitational at the U of M Sept. 18.

The Skippers are the No. 1 ranked team in the country in the Swimcloud team rankings.

What a season for Minnetonka Girls Tennis!

It was the third state team championship for the Skippers, who also won state titles in 1974 and ’75 (the first two years of the MSHSL state girls tennis tournament). “This team was challenged every day in practice,” Lundell told the Star Tribune. “We went after it every day. It’s well deserved for those players out there.”

In the Individual state tournament, Shahbaz captured the singles title with a 7-6 (7-2), 6-0 victory over Zoe Adkins of Maple Grove. She became the third girl in school history to claim the singles title, joining Isabella Lambert (2016) and Aria Lambert (2008, ’09). The Elvestrom sisters won the doubles state title in three sets - 2-6, 6-3, 6-3 - over Rochester Century’s Julia Baber and Paige Sargent. They became the fifth doubles team in school history to win the state championship. Previous champions were Shahbaz and Annika Elvestrom in 2019, Tara Baker/Eva Colson in 1990, Sandra Thomas/Robin Mackenroth in 1981, and Heidi Reed/Ann Huber in 1979.

Phillips took third in singles, while Prondzinski and Medzuikaite took fourth in doubles. Remarkably, all four Minnetonka qualifiers in the Individual state tournament advanced to the semifinals.

At the Section 2AA Individual tournament, it came down to Minnetonka vs. Minnetonka matchups in the championship matches. Shahbaz defeated Phillips 7-5, 7-6 in the singles final while the Elvestroms defeated Prondzinski and Medzuikaite in the doubles final.

It was also a case of Tonka domination at the Section 2AA Team championship, where the Skippers defeated St. Peter and Eden Prairie by 7-0 scores in the semifinals and finals, respectively. Minnetonka did not lose a set in the tournament bracket and lost just one game in three doubles matches in the championship. Doubles teams were Phillips and Karina Elvestrom, Prondzinski and Medzuikaite, and Cummings and Piedrahita. Without Shahbaz in the lineup, Annika Elvestrom won at No. 1 singles. Jurgens, Feist and Carter Nye also won at singles.

It was an incredible season for the Skippers and Lundell, who became head coach after the unexpected passing of longtime Skippers Boys and Girls Tennis coach Dave Stearns in December.

“This is what we’ve been talking about all year,” Shahbaz told the Star Tribune. “It’s exciting that it finally happened.”

Nick Gilles made history Nov. 6 when he became the first Minnetonka boy to win a state cross country championship.

A junior, Gilles won the Class AAA Individual State title by covering the 5,000-meter race at St. Olaf College in Northfield in a time of 15 minutes, 22.81 seconds.

The Skippers put together an incredible season but faced a Farmington buzzsaw in the second round of the Class 6A state playoffs Nov. 5. The two teams were scoreless until Farmington scored two touchdowns in the final 29 seconds of the first half. Minnetonka fell to the Tigers 34-0 to finish the season 8-2.

Minnetonka entered the game on a roll. In the first round of the state playoffs Oct. 29, playing at Minnetonka’s Einer Anderson Stadium, the Skippers defeated Brainerd 30-15 behind three rushing touchdowns from Jr. running back Jacob McCalla.

And, in its regular season finale Oct. 21, Minnetonka defeated Roseville 35-18 in convincing fashion.

The Skippers recorded one of their biggest wins of the season a week earlier, when they snapped Centennial’s 4-game winning streak with a dominating 31-7 victory at Minnetonka. At the time, Minnetonka was ranked No. 6 in the state and Centennial was No. 5. Sr. tight end Joey Gendreau scored three touchdowns, rushing for one score and catching two TD passes from Sr. quarterback Will Martin, who was 14-for-22 passing for 134 yards and 3 touchdowns.

A linebacker, Richman was named Star Tribune Defensive Player of the Week for his 18-tackle performance against St. Michael-Albertville Oct. 1. He had a season-high 13 solo tackles in the game, a 23-20 Minnetonka victory.

One of the highlights for the Skippers was a 23-20 win over St. Michael-Albertville in the Minnetonka Homecoming game Oct. 1. More than 7,000 fans attended the game at Einer Anderson Stadium.

Beil, Lien, Martin, Andrew McCalla and Richman were team captains. Minnetonka was ranked No. 4 in the final Associated Press Class 6A state rankings.

Gendreau was selected to play in the Minnesota Football Showcase game at US Bank Stadium on Saturday, December 4.

Minnetonka received a Class 6A Silver Academic Team award with a cumulative team GPA of 3.05. McDaniel was named to the Class 6A Individual Academic All-State team.

The No. 1 seed Skippers finished as Section 2AAA runner-up Oct. 19, losing a heartbreaker to No. 2 Edina 3-2 on penalty kicks after the teams were scoreless through regulation and overtime. Minnetonka split its two Lake Conference regular season games versus Edina, beating the Hornets 3-0 on Oct. 5.

In the section semifinals Oct. 14, Minnetonka defeated No. 5 Waconia 3-0, scoring all 3 goals in the second half. It was the second straight shutout win for the Skippers, who downed No. 8 seed Chaska 5-0 in the section quarterfinals at Minnetonka two days earlier. In that game, Sr. Charlie Pears scored 2 goals to lead the attack. Seniors Ewan Magowan, Torin Firehammer and Jack Olson also scored, while Jr. goalkeeper Peyton Olson recorded the shutout.

Minnetonka finished the season 13-3-2 and was ranked No. 7 in the final Minnesota Soccer Coaches Association Class AAA poll. The Skippers won the Lake Conference championship. They earned the title with a 1-1 draw versus Wayzata Oct. 9 behind Sr. Parker Flynn's goal. Minnetonka had an 8-1-2 record in conference play, outdistancing Wayzata with an 8-2-1 record.

After eliminating the Hornets from postseason play in each of the three previous seasons, No. 2 seed Minnetonka lost to No. 1 Edina 5-0 in the Section 2AAA championship Oct. 19

The Skippers, who won the Class AA State championship in 2018, were vying for a fourth straight section title and state tournament appearance. Undefeated Edina went on to win the Class AAA state title.

Minnetonka dominated its opponents on the way to the section finals. The Skippers beat No. 3 Eden Prairie 7-1 Oct. 14 behind 2 goals apiece from seniors Alyssa Marceau, Claire Carver and Riley Kelly. So. Gabbie Ryan also scored.

In the section quarterfinals, a 4-0 win over Chaska, Marceau and Ryan erupted for 2 goals each in the second half while Megan Mann recorded the shutout in goal.

In a 4-0 win over St. Michael-Albertville in the regular season finale, the Skippers received goals from So. Juliet Carlson, Claire Carver (2) and Ryan.

The Skippers finished the season 11-7-1.

Marceau and fellow senior Payton Mahady were named Class AAA 2nd Team All-State by the Minnesota Soccer Coaches Association. An attacker, Marceau led the team in scoring with 16 goals, including five games with at least 2 goals. She also had 2 assists. Mahady, a defender, scored 2 goals and led the team with 8 assists.

Against the Eagles, Jr. Kate Simington had 14 kills while seniors Abby Stanwood and Anna Shoemaker had 11 and 8 kills, respectively. So. setter Anna Lockhart had 27 assists, Sr. Morgan Ryan had 10 digs and 2 aces, and Stanwood added 12 digs.

The Skippers finished with a 20-10 record.

• Former Minnetonka Baseball Coach Mark "Lunch" McKenzie, Class of '70, was inducted into the Skippers Hall of Fame in October.

• Minnetonka Activities Director Ted Schultz was inducted into the Augsburg Athletic Hall of Fame in September. A 1998 graduate, Schultz was an All-American tight end for the Auggies.

The Skippers have had a lot of success this Fall! Girls Swim & Dive is headed to State, Girls Tennis swept team and individual honors at State, and Nick Gilles won the State Cross Country championship! 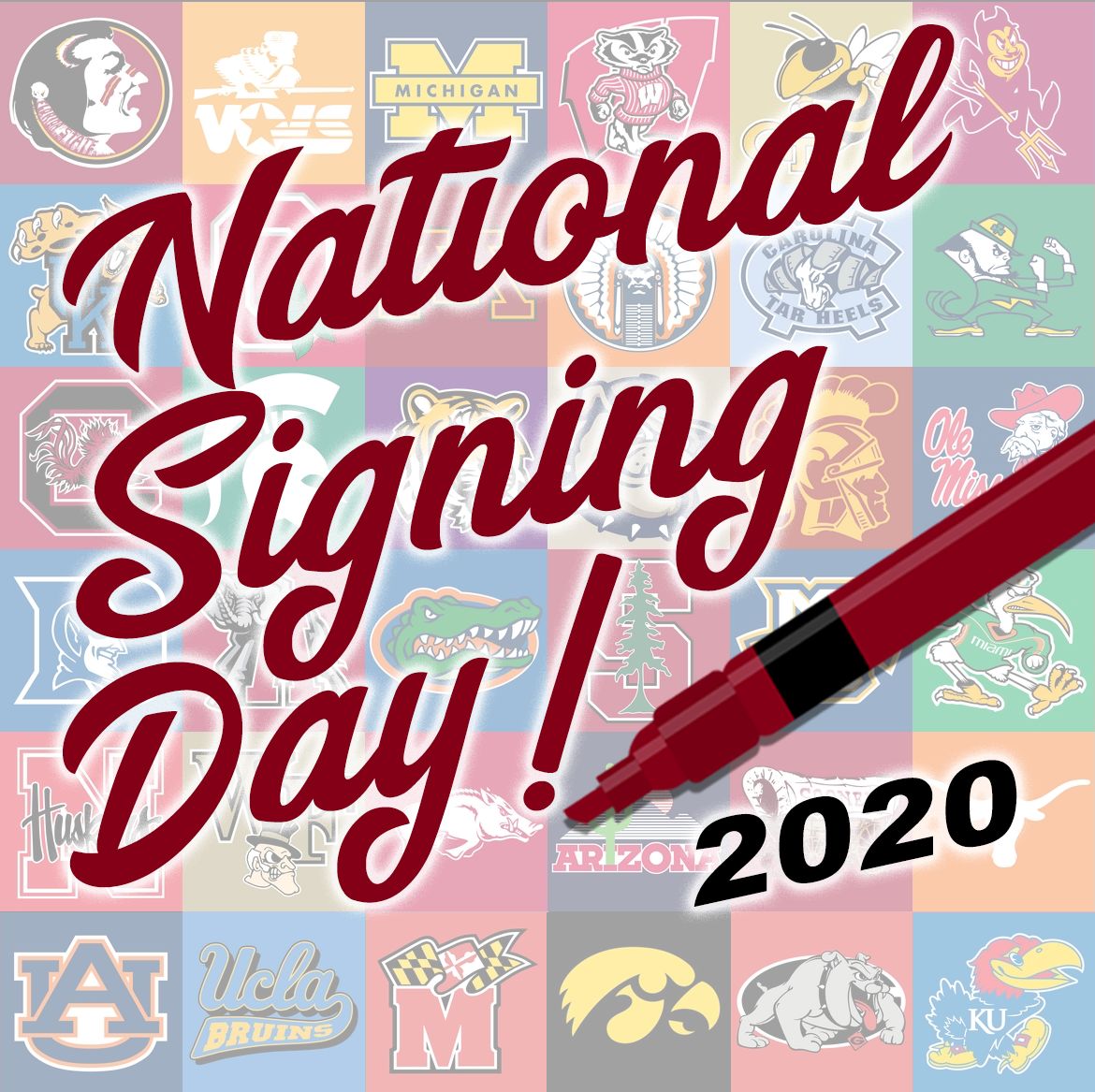 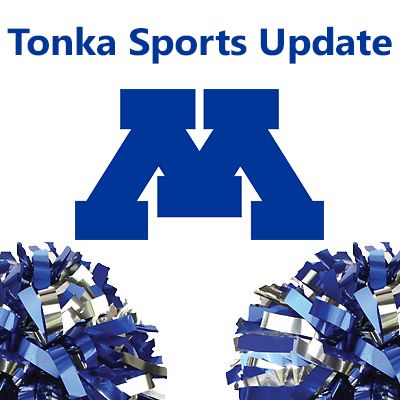